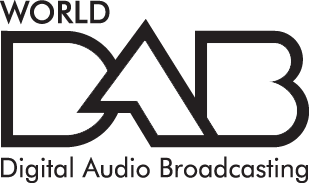 The latest market report by WorldDAB, the organisation faciliting the global take up of DAB, reveals that by the end of Q2 2017 almost 60 million consumer and automotive DAB/DAB+ receivers (58,432,000) had been sold in Europe and Asia Pacific – up from 48 million one year earlier.

The WorldDAB report includes statistics on receiver sales,road and population coverage, household penetration and the number of national stations on DAB/DAB+ compared to FM.

The report covers Australia, Belgium, Denmark, France, Germany, Italy, the Netherlands, Norway, Switzerland and the UK, along with DAB rollout status in emerging markets in Asia, Europe, the Middle East and Africa.

• Almost 10 million receivers have been sold in Germany (9.9 million) and 15% of German households now own at least one DAB receiver

• Over four million receivers have been sold in Norway (4,130,000) as digital switchover nears completion

• In Switzerland, over half of all radio listening (57%) is via digital platforms – with 32% via DAB+

• In the UK, 60% of households have at least one DAB radio with digital listening approaching 50%

• Italy, France and Belgium all show positive signs of growth in the last year

Patrick Hannon, President, WorldDAB, said: “Digital radio has made excellent progress in the last 12 months across all markets, encouraged by strong political commitment, the launch of new services and increased investment from broadcasters and manufacturers. The impact of Norway’s digital switchover, due to complete by the end of this year, is being felt around the world and, with Switzerland starting switchover in 2020, momentum for digital radio continues to build.”

The progress of DAB around the world will be discussed at the upcoming WorldDAB General Assembly 2017, taking place in Paris from 7-8 November. High-level decision-makers from governments, regulators, the automotive industry, manufacturers and technology providers will outline the latest DAB developments, share new business cases and discuss the future for digital radio at home and in the car.

To view the latest programme and register, visit the WorldDAB website.