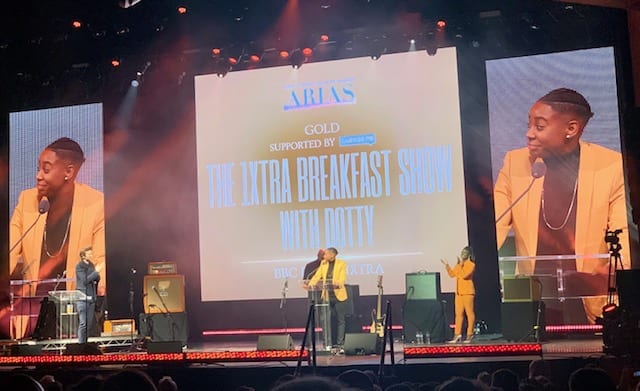 Jazz FM won a Special Award for 30 years of broadcasting and its contribution to the genre of jazz music.

The Radio Times moment of the year, voted upon by readers, went to Iain Lee’s show for talkRADIO when an over-dosing man called the show and Iain and the team located him and enabled emergency serves to save his life.

In total 26 Gold awards were given out including to BBC Radio 2 for National Station or Network; BBC Radio 3 for Best Specialist Music Show for This Classical Life; Emma Barnett for Best Speech Presenter on BBC Radio 5 Live; and Radio 1 Breakfast with Greg James for Best New Show.

Bauer Media’s Absolute Radio won the Gold award for Best Coverage of an Event for Health Awareness Week and Forth 1’s Boogie in the Morning won Gold for Best Local Radio Show.

talkSPORT won Gold for Best Commercial Promotion for the Samaritans and a Special Award for its commitment to diversity and representation in sport in the last year.