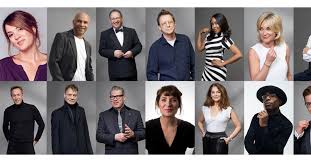 With under two weeks to go until launch, Scala Radio, the brand new digital station offering classical music for modern life, has announced further presenters for its line-up.

Anthea Turner joins former LBC and BBC London presenter, Chris Rogers, on Sundays at 10am, starting from 31st March. Speaking ahead of the launch, Anthea said:

“Music and conversation are two of the greatest things in life, so it’ll be such a pleasure to bring weekend playfulness to Scala Radio each Sunday.”

Also joining the line-up are comedian and trombonist, Faye Treacy (Saturday and Sunday 6-8pm) and Edinburgh-based composer, arranger and sound artist, Luci Holland, who will front The Console, a show dedicated to music in video gaming, on Saturdays at 5pm.

Scala Radio is a brand-new entertainment radio station that breaks the mould of classical music in the UK. The station will play familiar masters from Mozart and Holst to surprising new works from living composers Karl Jenkins, Rebecca Dale, Thom Yorke, film scores and musicals, plus music performed by bright young artists such as Sheku Kanneh-Mason. Scala Radio is for those that love classical music and lead a modern life. Bringing together familiar masters along with fresh and exciting new classical pieces, Scala Radio will be presented with an informal ‘come as you are’ attitude.

“Scala Radio is reflective of modern life and the place classical music has within it – we are excited for the station to launch on the 4th of March and this varied line-up of presenters to bring it to life.”

Scala Radio began test transmissions on the SDL national DAB multiplex on Monday 18 February before its launch at 10am on Monday 4 March.

To find out how to listen to Scala Radio go to www.scalaradio.co.uk.