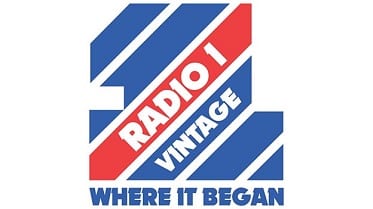 The full schedule for Radio 1 Vintage, the three-day digital radio pop up station to mark Radio 1’s 50th birthday, has been revealed, kicking off on Saturday 30 September 2017, 50 years to the day since Radio 1 launched.

Radio 1 Vintage hits the airwaves at 6am, counting down to a recreation of the opening on Radio 1 at 7am with Tony Blackburn, which will also be broadcast live on Radio 2.

From 8:30am there will be a live triplecast across Radio 1 Vintage, Radio 1 and Radio 2 – presented by current Radio 1 Breakfast Show host Nick Grimshaw, and Tony Blackburn. The co-hosted show will feature previous Radio 1 DJs as guests, plus archive content and hit records from across the years.

A mixture of live, pre-recorded or archive recordings make up the rest of the schedule, celebrating the pivotal role that Radio 1 has played in music, entertainment and popular culture since its launch in 1967, including material from Kenny Everett, Mike Smith, Tommy Vance, Kevin Greening, Alan Freeman, Ed Stewart, and John Peel

Radio 1 Vintage will be available live on DAB digital radio, online and via BBC iPlayer Radio and UK Radio Player.