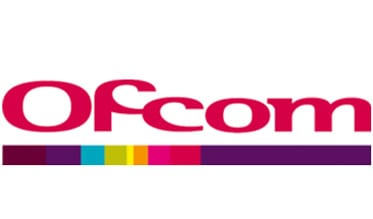 Ofcom has today published a statement setting out how they will licence small-scale DAB following the consideration of responses to their small-scale licencing consultation. Read the document in full here.

Small-scale DAB is an innovative technology which provides a low-cost route to digital broadcasting for local commercial, community and specialist music stations, which will bring listeners up and down the country an even wider choice of new digital radio stations.

“Small-scale DAB is making it cheaper and easier for local stations to get on the digital airwaves, which will give more choice to listeners up and down the country.

Ofcom will advertise licences for small-scale DAB in eight batches – or ‘Rounds’ –  starting with Round One comprised of 25 local areas across the UK, including five where trials are already underway, Cambridge, Glasgow, Birmingham, Bristol and Norwich. The second round will be for North West England and North East Wales.

Ofcom anticipate each Round will take 9 months from advertising to awarding the licences and that they will advertise batches every 6 months.

Community radio applications will open for each local area at the same time as the publication of multiplex licence advertisements.

In light of responses to the consultation, notably in regards to there being a large number of older DAB devices in the market which are not DAB+ enabled, Ofcom have decided not to mandate that all small-scale services be broadcast in DAB+.

Ofcom will keep the uptake of small-scale radio multiplex licences under review and will then consider whether to advertise additional local radio multiplexes, where there is demand.

Successful trials of small-scale DAB to test the technology and prove its ability to allow existing small stations – as well as new services – to broadcast cost-effectively on digital radio, have been running since 2015. Among the stations who have taken part in the trial are:

Station owner, Paul Teague credits small-scale DAB with an overall growth in listeners. Being part of the trial has also supported the introduction of specialist late night programming on Skylab.  Paul said: “We are a small operation, and our music is specialist and largely away from the mainstream. Inclusion on the Portsmouth multiplex was a good decision as far as we were concerned, we noticed that listenership and overall interest in Skylab increased.”

– Strawberry Radio, named after 10cc’s recording studio in Stockport. It plays hits from the last five decades, as well as new music and showcasing local talent.

The owner, Paul Taylor believes that a permanent home on small-scale DAB will allow him to take the station further and continue to offer a local radio service for Stockport. Paul said: “Small-scale DAB has enabled Strawberry Radio to take the business to the next level, from online to an ‘actual’ radio station. We can reach a wider audience to promote not only our on-air offering, but also our theatre shows and outdoor events schedule, including the Strawberry Music Festival.”

– Cosoro Radio, an Afrobeat station based in Manchester. It can be accessed via small-scale DAB in Manchester, Glasgow, Norwich & Portsmouth.

Founder Femi Bankole believes that being on small-scale DAB has grown listener numbers and brought more people to the Afrobeat genre. Femi said: “Small-scale DAB has provided a richer and scalable platform for Cosoro Radio to extend its reach and introduce the genre to its new listeners, especially the young generation.”

– Solar Radio, a specialist soul music station broadcasting soul, jazz and blues. It has been part of small-scale DAB trials since the outset.

Managing Director Clive Richardson highlights the importance of small-scale DAB’s easy availability, which means allows Solar’s listeners can listen to the station in cars, workplaces and homes. Clive said: “Our listeners have expressed on social media their pleasure at the ease of access and portability that small-scale DAB brings to their enjoyment of Solar Radio. We look forward to being part of the on-going development of this platform.”