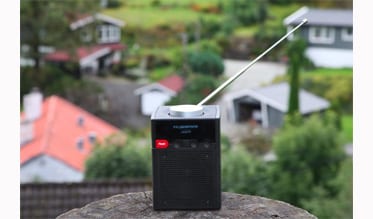 It has been confirmed today that Norway will switch off FM radio in 2017, the first country in the world to shut off analogue for all major radio stations. The switchover will begin in January 2017 and will be implemented region by region, ending in December 2017 in two northern regions.

The announcement from Norway comes at a time when Denmark, Sweden , Switzerland and German are reviewing the time frame for development of digital radio and a potential switchover. In the UK the Government and broadcasters are planning for a digital future for radio and investing in expanding National and Local DAB coverage towards FM equivalence and launching new digital radio stations. Government has established switchover listening criteria of 50% and will review the decision and timeframe for a future UK radio switchover when that is achieved – which is expected in the next 2 years.

Welcoming the news, Ford Ennals, CEO of Digital Radio UK says: “Norway was the first country to switchover to digital TV and we expect their announcement of a 2017 radio switchover to signal the start of a transition to digital radio across a number of European markets. In the UK the Government believes the future of radio is digital, and we are making good progress on achieving the agreed switchover coverage and listening criteria.”

Patrick Hannon, President of WorldDMB, says: “This announcement is a key milestone in the development of digital radio. It sends a clear signal to Europe and the rest of the world that digital radio is the platform of the future. Norway’s success has been based on a clear plan and strong commitment from broadcasters, policy makers and manufacturers.”

Paul Smith, Pure’s General Manager, says: “As one of the original digital radio pioneers, this announcement is music to our ears and gives clarity to consumers and the radio industry in Norway allowing us to push ahead our digital radio plans with certainty. We look forward to working closely with radio industry stakeholders in Norway to ensure a smooth transition by continuing to stimulate the market with new and innovative products.”