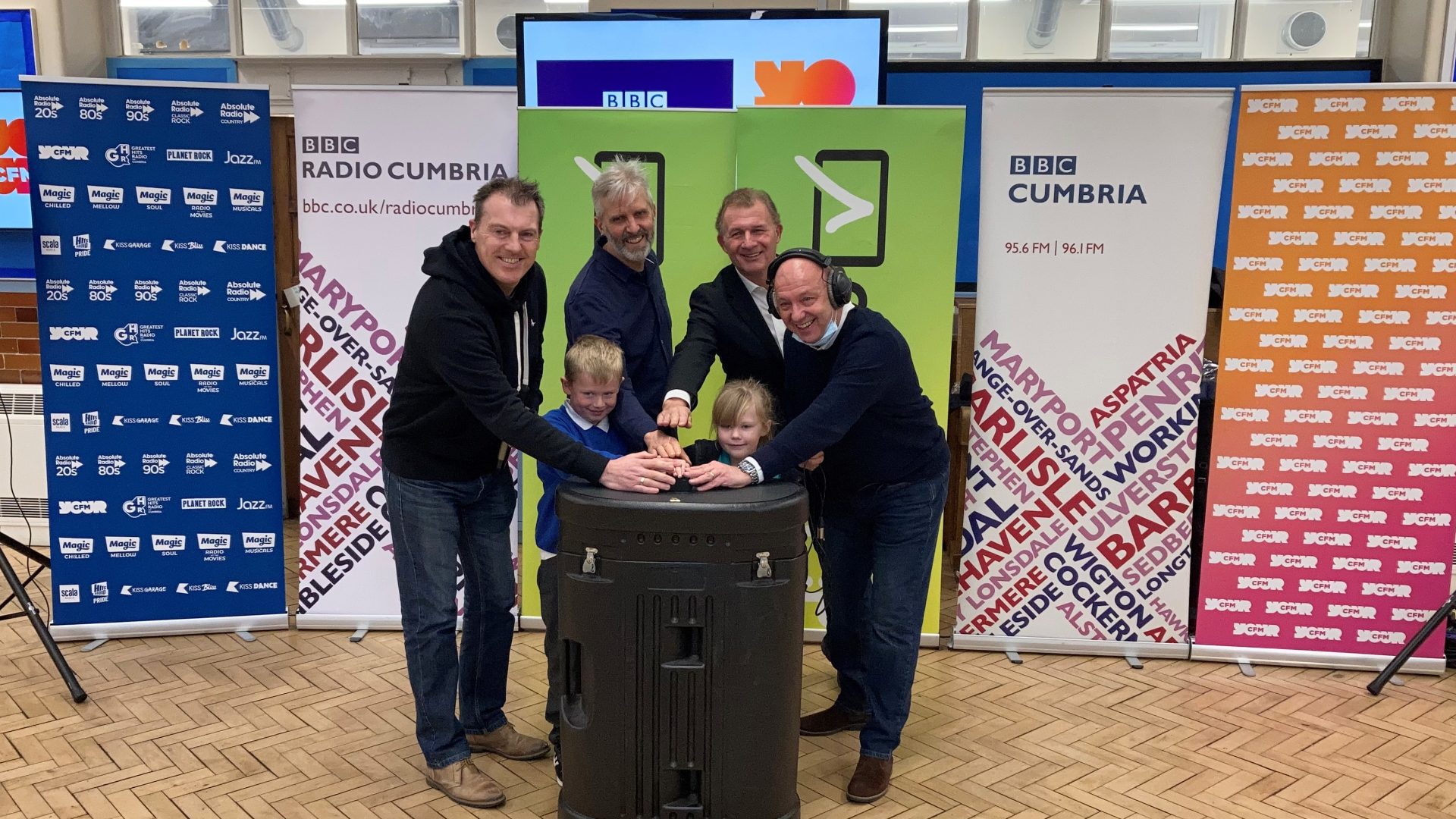 The launch of the two new local DAB digital radio networks, bringing local digital radio to listeners in Cumbria and Morecambe Bay for the first time alongside a huge expansion of radio listening choice, was celebrated this morning at a special switch on event at Robert Ferguson School in Carlisle with the school’s children helping popular local presenters BBC Radio Cumbria’s Mike Zeller and CFM’s Robbie Dee countdown the moment of launch live on air.

Each network carries different services, apart from BBC Radio Cumbria which is available on both. Listeners are advised to confirm which stations are available where they live by checking their postcode at www.getdigitalradio.com and may need to retune their digital radio to receive the stations for the first time [See Notes to Editors – 1].

Some services will be broadcast in DAB+, an upgraded and more efficient version of DAB that enables a greater number of stations to be broadcast. To listen to these services listeners will need a DAB+ enabled digital radio [See Notes to Editors – 2].

Mark Elliott, Executive Editor of BBC Radio Cumbria said: “It’s great that BBC Radio Cumbria is coming to DAB digital radio. We know from audience research that many people choose to tune in via DAB and now they can hear our broadcasts in digital quality. We will broadcast in DAB+ which means listeners will need to check they have a DAB+ enabled radio but this will mean in poorer reception areas our signal will be more robust.”

Ford Ennals, CEO, Digital Radio UK, said: “The launch of local digital radio across Cumbria and the Lake District is an important milestone and enables listeners to receive their favourite local stations such as BBC Radio Cumbria and CFM on DAB for the first time. This launch also brings a wealth of choice to listeners in Cumbria with a range of much-loved commercial stations alongside new digital stations available on DAB for the first time anywhere in the UK. Stations in different areas do vary, so to check which stations are available in any particular area listeners should check the postcode checker at getdigitalradio.com and make sure they retune their digital radio.”