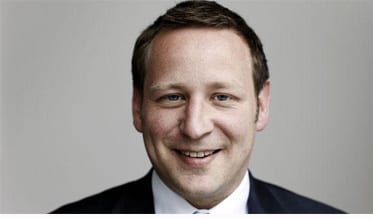 Speaking at a parliamentary reception to celebrate UK radio in the House of Commons today, Ed Vaizey MP, Minister of State for Culture and the Digital Economy will announce that 70% of new cars now come with digital radio as standard. The Minister will hail the great progress made by the vehicle manufacturers which will enable drivers to enjoy the full range of national and local digital stations.

Data from industry analysts CAP and The Society of Motor Manufacturers and Traders shows that the proportion of new cars fitted with digital radio as standard in Q2 2015 has increased by 28% to 70% compared with 54% in 2014.

In the last 12 months 1.6 million cars have been sold with digital radio fitted as standard.

The top 10 new cars sold this year all have digital radio fitted as standard (please see chart below) with the Vauxhall Corsa being the latest model to go digital as standard.

The growth of digital radio in cars is linked to the increase of digital listening which now represents nearly 40% of all listening, and the expansion of digital coverage and content.

Last week saw the start of the Ashes series with radio commentary exclusively on BBC Radio 5 Live Sports Extra and a new national commercial radio station is scheduled to launch on DAB in September. This autumn the BBC will complete the expansion of National DAB coverage to 97% and next spring the new National DAB Network D2 will launch with 16 digital stations.

Ed Vaizey, Minister of State for Culture and the Digital Economy, says: “I am pleased to announce that 70% of new cars now come with digital radio as standard – that’s excellent progress and demonstrates the support of vehicle manufacturers for digital radio.”

Mike Hawes, CEO of the Society of Motor Manufacturers and Traders, says: “Vehicle manufacturers continue to invest heavily in new audio technologies to enhance the listening experience for motorists. That seven in 10 new cars now feature digital radio is testament to growing consumer demand for these technologies, and we expect uptake to continue rising in the coming months and years.”

Ford Ennals, CEO of Digital Radio UK, says: “This is great news for digital radio and for drivers. 70% of new cars with digital radio is a real milestone and means that many more drivers won’t miss a thing of this summer’s great music and sports events.”