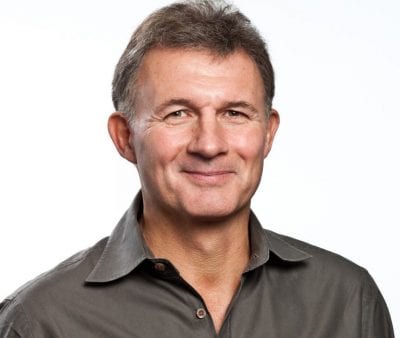 The UK radio industry came into 2019 full of excitement with a belief that investment and innovation in digital content and digital platforms would attract audiences and deliver returns. January brought a massive upheaval in terms of new digital stations and new schedules. The biggest changes were at digital stations, Virgin Radio and BBC 6 Music, as well as the industry-leader and station with the largest digital listening, BBC Radio 2. All three stations introduced new breakfast shows with high-profile talent, and no other UK radio broadcaster comes more high-profile than Chris Evans.

Evans departed his Radio 2 show and 9 million listeners on Christmas Eve and arrived at Virgin Radio on 21 January, bringing with him his BBC production and on air team, and delivering the first ad-free commercial radio show. What’s more, Wireless and their new parent company, News UK, got behind his arrival with a high-profile marketing campaign including TV, press and outdoor support.

Quarter 1’s structural platform developments were the proliferation of new smart speakers in homes after the Christmas gifting season and the expansion of DAB radios in 93% of new cars sold.

1. Radio listening remains strong with over 1 billion hours listened to every week
2. Digital radio has increased to 56.4% share of all listening, the highest growth ever seen
3. The new Chris Evans show has been successful, attracting over 1 million listeners, as has his successor, Zoe Ball, who has retained BBC Radio 2's 9 million breakfast listeners

Looking more closely at the digital performance, it appears that the combination of new digital content and new digital devices in homes and cars has helped boost the audience for digital radio. In Q1 2019 there were 2 million more digital listeners increasing total digital listeners to 36.3 million. Digital hours increased by 55.9 million, an increase of 10.7% year on year, with 66% of growth coming from DAB and 31% from online and apps. DAB digital radio now accounts for 40.4% of all radio listening, 71.6% of digital listening, and online and apps accounts for 11.0% of all radio listening, 19.5% of digital listening. The area of highest growth was digital listening in car which increased by 20 million hours, 24% year on year, to reach a new record share of 41.5% of all in car listening.

Minister announces Digital Radio Review
Margot James, Minister for Digital and the Creative Industries, welcomed the outstanding radio results and rapid digital listening growth while re-affirming her announcement of a Digital Radio Review, saying: “With record investment and a rapid rise in digital listening, radio is in a golden period of innovation with more ways than ever for audiences to enjoy high-quality content. I’ve announced that there will now be a review of digital radio in the UK to develop a shared vision for a vibrant and sustainable future for listening on digital platforms.”

On Monday, speaking at the Radio Academy Radio Festival, the Minister announced the start of the Digital Radio Review which has been triggered by the expansion of national and local DAB coverage and the sustained achievement of digital listening over 50%. The Review will commence in the next few weeks and be completed by mid-2020. It will feature a collaborative programme with DCMS working with regulator Ofcom, the broadcasters and the supply chain to assess what can be done to support the delivery of a vibrant digital future for UK radio. The Review will encompass the challenges and opportunities offered by the global IP platforms as well as looking at what can be done to support and accelerate digital migration. Terms of reference for the review and further details will be discussed at the Digital Radio Stakeholder Meeting in July.

The Minister also confirmed that DCMS and Ofcom are continuing their work to licence small-scale DAB in a range of markets across the UK and will introduce legislation to support this in June 2019.

"The positive results seen in the first quarter of 2019 are likely to embolden the UK radio industry to invest further in digital content and promotion."

In March, Bauer launched two new digital stations, Scala Radio and Country Hits Radio. Scala Radio, a radio station offering a modern take on classical music, has the benefit of high-profile presenters, including Simon Mayo, and an extensive off-air marketing campaign. With the continued investment in BBC Sounds and Global Player, we expect online listening to both linear stations and on-demand content to increase, as will digital listening in cars as DAB continues to roll-out in more new vehicles.

So as the industry heads in to the start of the Digital Radio Review, it does so with real confidence in the future of digital radio.