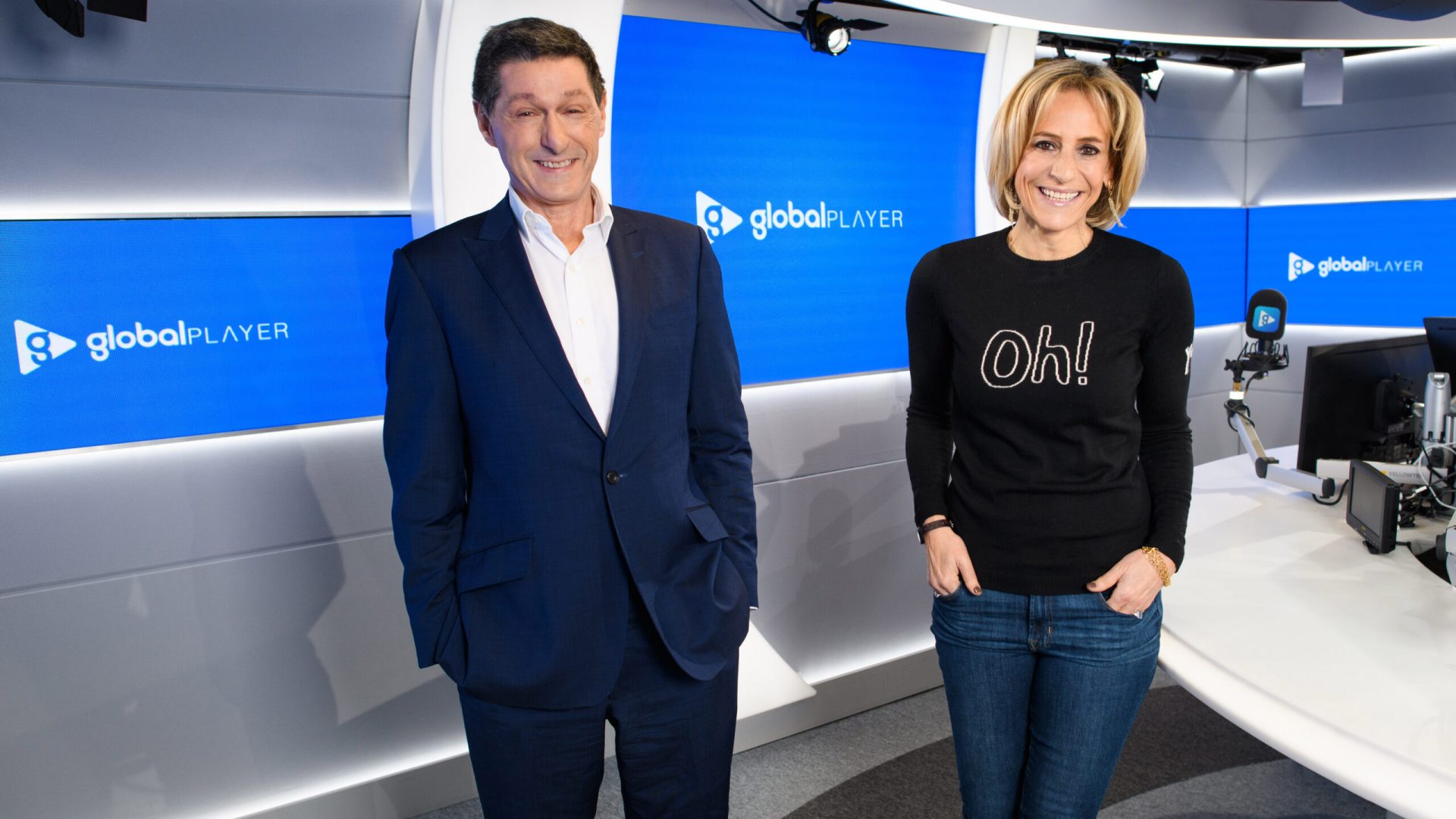 Two of the UK’s leading broadcasters, Emily Maitlis and Jon Sopel, are joining Global in an exclusive deal to front a major new podcast for Global Player, alongside hosting a show together on LBC and providing commentary and analysis for lbc.co.uk.

Maitlis and Sopel join Global from the BBC, where Maitlis hosted Newsnight and Sopel was the corporation’s North America Editor. The pair also hosted the BBC’s critically-acclaimed Americast podcast, which explored the state of US politics.

As part of the deal, Dino Sofos, the founder of audio production company Persephonica, also joins Global as the podcast’s executive producer. Sofos is the former head of BBC News Podcasts and created Brexitcast, Newscast and Americast formats.

Emily Maitlis said: “We are just so delighted to be launching this brand new podcast – which will build on everything we’ve achieved with Americast over the last few years – and it will find new audiences and a new home with Global. I couldn’t be more excited.”

Jon Sopel said: “I’m delighted to be joining Global with my great friend and colleague, Emily Maitlis. We’ve been blown away by the reception for Americast, and are so excited that Global has given us the opportunity to build on this success by creating this innovative news podcast. This is an unmissable opportunity.”

James Rea, Director of Broadcasting & Content, Global, said: “I’m thrilled that Emily and Jon are joining Global and our team of exceptional talent. They are both brilliant journalists and presenters and I know we’re going to build something hugely exciting together for Global Player and LBC.”

Ashley Tabor-King OBE, Founder & Executive President, Global, commented: “Emily and Jon are world-class broadcasters and journalists, and it’s an incredibly exciting time to be welcoming them to the Global family. LBC has seen record-breaking growth, there’s tremendous appetite for visualised shows on Global Player, and original journalism by our teams on lbc.co.uk is in millions of news feeds every month.”

Full details of Emily Maitlis and Jon Sopel’s podcast will be announced later in the year.

Global Player hosts thousands of podcasts, all for free, and Global Original podcasts include Full Disclosure with James O’Brien, Rachel Johnson’s Difficult Women, and My Therapist Ghosted Me. LBC is the UK’s number one commercial talk brand, with 3.2m weekly listeners. It is available across the UK on DAB digital radio, worldwide on Global Player on smart speakers, iOS or Android device, at LBC.co.uk, in London on 97.3 FM and on Sky TV.