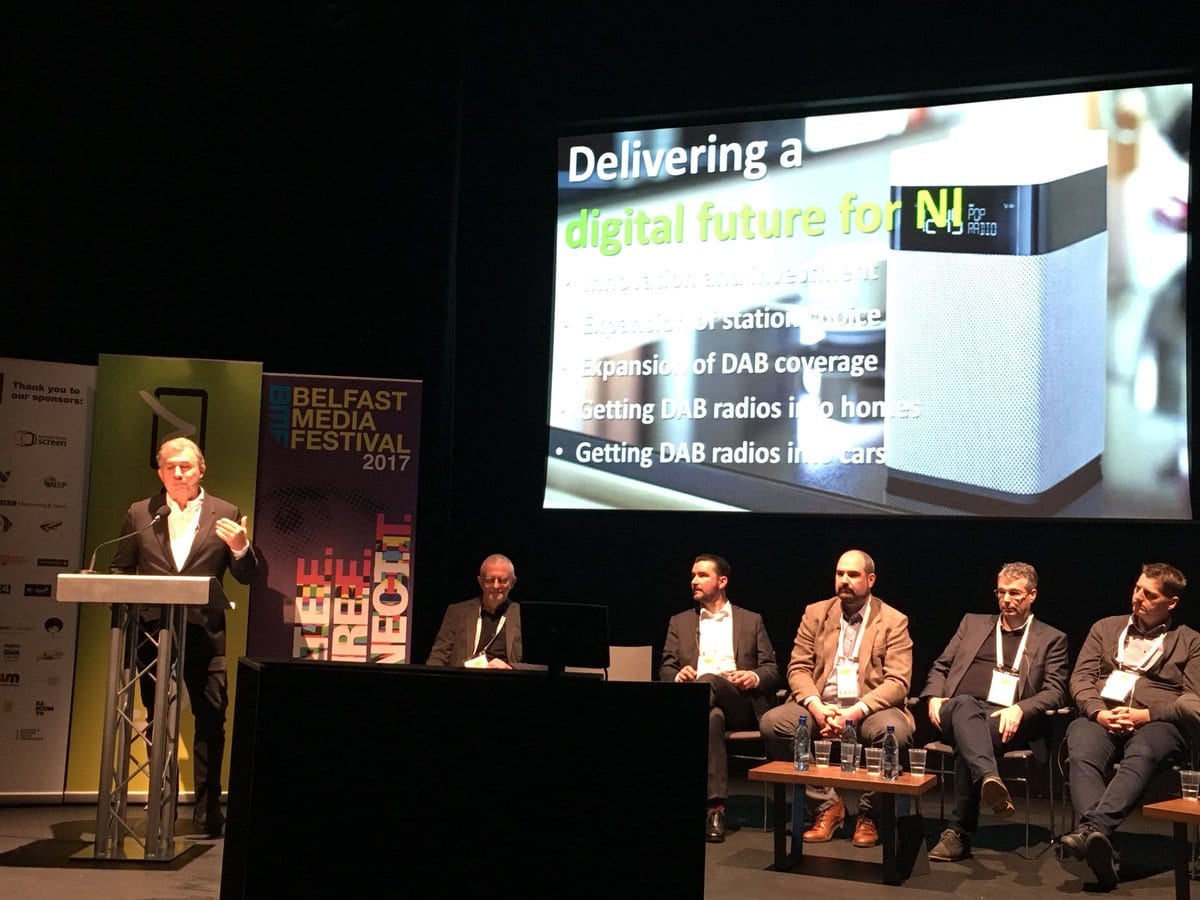 The progress of digital radio in Northern Ireland was celebrated at a special event which took place as part of the Belfast Media Festival on Friday.

Doing the DAB: Belfast, organised by Digital Radio UK, was attended by over 150 delegates of the festival, who heard from senior speakers from the BBC and commercial radio in Northern Ireland, including Bauer’s Downtown Radio, Downtown Country and Cool FM; BBC Radio Ulster and BBC Radio Foyle; Wireless Group’s U105; and RTÉ.

The success of Bauer’s Downtown Country, which attracted 142,000 listeners according to Q3 2017 Rajar, was cited throughout the session. Commercial broadcasters looked forward to the opportunity to launch more digital stations if small-scale DAB is introduced in Northern Ireland.

Jimmy Buckland of Wireless Group reported the launch of 13 new Wireless Group stations in England and Scotland, and indicated they would like to explore launching further stations in Northern Ireland but capacity is currently full.

Digital radio listening in Northern Ireland is now growing faster than the rest of the UK and the availability of DAB has been transformed with over 54 stations available, and coverage expanded.

The last 3 years have seen the launch of local stations Downtown Country, BBC Radio Foyle and most recently U105 on DAB, as well as the launch of the second national DAB network, Sound Digital, with 18 stations. This investment in content and coverage has accelerated the growth of DAB ownership to 40% and digital listening to 30%, behind the rest of the UK but growing fast.

Doing the DAB: Belfast follows the successful series of digital radio events held in Cardiff, Manchester, Glasgow, Birmingham and Liverpool which have all been well-attended and stimulated debate and interest for digital radio.

Ford Ennals, CEO, Digital Radio UK, said: “We are thrilled to have had the opportunity to celebrate the success of digital radio in Northern Ireland at the prestigious Belfast Media Festival, with the input and support of so many influential figures from radio in Northern Ireland and beyond. Our thanks to everyone who came and brought such great energy to the session, and to all the team at the Belfast Media Festival for enabling us to deliver such a successful event.”