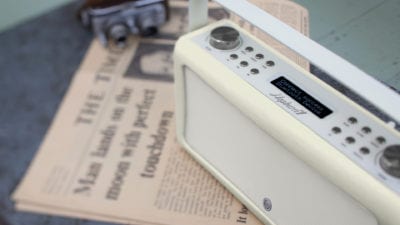 Digital Radio UK is delighted to introduce the Digital Radio Hall of Fame and is looking for nominations for inductees from industry stakeholders. As we prepare to mark the likely achievement of 50% digital listening, a landmark confirming that the way we listen to radio content has fundamentally changed, Digital Radio UK is looking to recognise the individuals who have made a significant contribution by introducing, developing or delivering any aspect of digital radio across all platforms.

Inductees will be people who have passionately believed in radio’s digital future and who helped make it happen. This could be the technology pioneers, the policymakers and regulators, the device manufacturers, the vehicle manufacturers, the retailers, the multiplex operators, the broadcasters, the stations or the station groups, or the presenters.

Digital Radio UK is asking digital radio stakeholders for nominations which will be reviewed by a panel of eminent radio industry executives representing broadcasters, supply chain, policymakers and regulators.

Our panel of judges will select 10-15 individuals from the long list of nominees who will be announced and inducted into the Digital Radio Hall of Fame at the Digital Radio Stakeholders’ Meeting on Tuesday 12 June.

If you would like to nominate three individuals to potentially be inducted into a Digital Radio Hall of Fame at the Digital Radio Stakeholders’ Summer Meeting and Reception, that you believe deserves recognition for their outstanding contribution to the success of digital radio, please email Yvette.dore@digitalradiouk.com.

We look forward to receiving your nominations and hope that many of you will be able to join us at the Digital Radio Stakeholders’ Meeting and Summer Reception to raise a glass to the inductees and to radio’s digital future.

Thank you in advance.