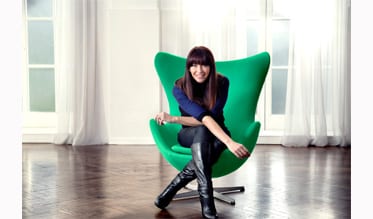 The industry Christmas radio campaign for digital radio kicks off this weekend on commercial radio and BBC Radio, and you can listen to it here.

Digital radio is the perfect Christmas present - around 40% of digital radio sets are sold between October and December, and they start from around £25.

The campaign encourages people to buy a digital radio for their loved ones, instead of musical socks or a hanging air freshener for the car.

We’re delighted to say that Channel Five ex-Gadget Show host and Formula One presenter Suzi Perry is the friendly and knowledgable voice of digital radio this Christmas. Fresh from interviewing Formula One World Champion Lewis Hamilton, Suzi explains that if you love radio you should give digital this year, and talks about getting digital radio in your car. For those who get a tablet or smartphone for Christmas, Suzi will remind them that they can listen to digital radio on the Radioplayer app.

Good progress has been made this year. Digital listening now accounts for 37.8% of all listening hours, 58% of new cars now come with digital radio as standard and we’re using the 40 million vehicle tax reminders sent each year to tell people about digital radio in car. BBC coverage for its national stations has just reached 95% (indoor coverage), and their plan to reach 97% is due to be completed by the end of 2015. Local DAB coverage buildout plans are expected to be agreed shortly, and just in time for Christmas, there are switch-ons of local DAB in North Wales on 12 December and in North Yorkshire on 17 December.

2015 is set to be a great year for digital radio with a real move forward in local DAB coverage and the launch of new DAB stations. So this Christmas, give digital!