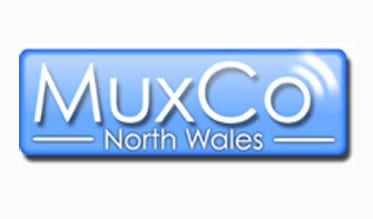 Broadcasters switched on two new DAB digital radio transmitters, giving over 100,000 listeners local and national stations on DAB in the North West Wales area for the first time. The switch-on means listeners will be able to receive digital versions of four radio stations – BBC Radio Cymru, BBC Radio Wales, Capital and Smooth, and two additional stations, Nation Radio and Nation Hits!, will be available for the first time in the area only on DAB digital radio.

The switch-on comes in the run up to Christmas when 40% of radios are sold, and coincides with a new digital radio marketing campaign featuring presenter and tech guru Suzi Perry, which is running on BBC radio and commercial radio stations. The ads say that digital radios make perfect Christmas gifts and are available from only £30.

In North Wales 49% of the population has access to a DAB digital radio. From 23 June to 14 September this year, 34% of radio listening hours were to digital platforms. This launch will mean that, since 2013, new DAB transmitters have brought local DAB coverage to around 1 million additional people in Wales for the first time, taking local DAB coverage in Wales to 72%.  The next phase of coverage build-out will take local DAB coverage towards FM equivalence.

Across the UK, new transmitters have brought local DAB coverage to over five million people for the first time, taking local DAB population coverage from 66% to 73%. By the end of 2016, a further 200 local DAB transmitters are planned making DAB available to an additional eight million listeners across the UK. This will extend coverage to more than 90% of the population and add over 6,700 km of roads into coverage.

Coverage of the BBC’s UK-national DAB service in Wales is currently 85.8%. This will increase as part of the BBC’s buildout of 162 new digital radio transmitters to improve DAB coverage for its UK national network of stations from 95% to 97%.

A cumulative total of over 20 million digital radio sets have been sold to date in the UK and 58% of new cars now come fitted with digital radio as standard (CAP/SMMT September 2014).

Ed Vaizey, Minister for Culture and the Digital Economy said: “I welcome today’s big switch-on in North West Wales and wish BBC Radio Cymru, BBC Radio Wales, Capital, Smooth, Nation Radio and Nation Hits! great success on DAB. The future of radio is digital and this is part of a major expansion of DAB digital radio coverage across the UK.”

Laurence Harrison, Director of Digital Radio UK, said: “This is a big day for radio and for North West Wales. From today 100,000 listeners will be able to receive their favourite local and national stations on DAB for the first time.”

Steve Austins, Editor of BBC Radio Wales said: “We’re pleased that Radio Wales will now be available to some areas of north-west Wales on DAB. We’re keen that as many people can hear our service as possible, so this is a positive step forward.”

Betsan Powys, Editor of BBC Radio Cymru said: “This is good news for listeners who will now be able to listen to Radio Cymru on DAB in the areas served, and clearly a step in the right direction in this part of Wales. DAB is an important listening option and we know that our listeners appreciate the choice of listening to Wales’ national Welsh-language radio station on as many platforms as possible.”

Mel Booth, Managing Director of Global Wales, said: “We’re excited to bring Capital and Smooth to digital radio in North West Wales. We know our listeners love the great music we play, and now they can listen in digital quality.”

Jason Bryant, Executive Chairman of Nation Radio and Nation Hits! said: “We are pleased to bring both Nation Radio and its sister station Nation Hits! to listeners in North West Wales. Each service adds real music variety and additional choice for listeners and, with both stations growing fast, we are proud to be the only commercial stations available on the DAB digital radio platform right across Wales.”

BBC news story in Welsh can be found here.