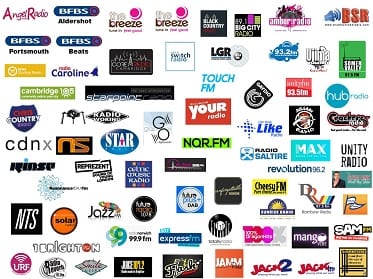 The Private Members’ Small-Scale DAB Bill received Royal Assent to pass into law as an Act of Parliament yesterday (27 April 2017), thereby providing the means for a huge expansion of local and community stations on DAB, marking an historic day for UK radio.

The Bill, officially known as the Broadcasting (Radio Multiplex Services) Bill 2016-17, is believed to be the first Private Members’ Broadcasting Bill to receive Royal Assent, and makes provision for the regulation of small-scale DAB multiplex services. Industry observers predict this could prompt an increase of over 1000 new commercial and community stations across the UK.

The Bill was introduced into Parliament by Kevin Foster MP who strongly supported the need for ultra-local commercial and community radio stations to have a path to DAB in a digital age. Completing all the parliamentary stages in both Houses, the Bill received its final reading in the Lords on 21 March.

Kevin Foster MP, said: ‘I am delighted that with Royal Assent today the Bill has become law, marking an exciting new era ahead for digital radio at a local level. It being passed in Norman French is perhaps a symbol of how it will allow the tradition of excellence in British local radio to continue and thrive on this most modern of platforms. I cannot wait to hearing the new listening choices this bill will bring to digital radio listeners across the country.’

The small-scale DAB approach was developed and pioneered by Ofcom engineer Rashid Mustapha and the first trial was launched in Brighton by Daniel Nathan of Brighton’s Juice 107.2.

Ford Ennals, CEO, Digital Radio UK, said: ‘This is a big day for radio and potentially the start of a new era for DAB offering an affordable path to digital for ultra-local commercial and community radio stations right across the UK. Our thanks to Kevin Foster MP for the first piece of broadcasting legislation prompted by an individual MP and to Rashid Mustapha of Ofcom and Daniel Nathan for their excellent pioneering work on the small-scale DAB technology .’

The Small-Scale DAB Bill will enable Government and Ofcom to create a regulatory regime for the licensing of local commercial and community radio stations on small-scale DAB multiplexes  across the UK.  Currently  there are 10 small-scale DAB multiplex trials in place with over 140 local stations on air in London, Manchester, Birmingham, Glasgow, Portsmouth, Cambridge, Brighton, Aldershot, Bristol  and Norwich.

In September 2016, Ofcom published a report into the outcome of the trials and concluded that they had been ‘highly successful’ and that there is sufficient spectrum to support at least one small scale multiplex in most parts of the UK. [Source: Ofcom Small-scale DAB trials: Final report 2016, 26 Sept 2016. Full report].

The advent of additional local DAB capacity and the ability of local stations to broadcast affordably on DAB will lower the barriers to entry for small and new start-up commercial and community radio broadcasters and could mean an unprecedented level of radio innovation and creativity.

Ash Elford, Digital Development Manager, Angel Radio, who runs the small-scale multiplex in Portsmouth, said: ‘We are delighted that Royal Assent has been granted and look forward to supporting the roll out of a new wave of community and commercial stations. Small-scale DAB has allowed Angel Radio to expand its reach around the UK on DAB in a simple and cost effective way. In addition, the small-scale DAB multiplex we operate has enabled us to transmit other community and smaller commercial stations on DAB to Portsmouth. We are also innovating with our use of DAB+ and enhancing the listener experience through applications such as DAB Slideshow.’

Dean Kavanagh, Director, Switch Radio, operator of the small-scale DAB multiplex in Birmingham, said: ‘We're obviously delighted that the Bill has received Royal Assent before dissolution. It's fantastic news for the listening public, which will bring additional choice and variety to an already bustling medium. With the ever increasing percentage of digital listening, this news could not be better timed.’

David Duffy, Director,  Niocast Digital, who run Manchester’s small-scale DAB multiplex, said: ‘I am delighted that the commitment of all those involved in the DAB trials, operators and stations alike, has achieved so much in a relatively short time. This legislation will open the doors to a new era in radio - providing access to digital radio for new entrants and expanding listener choice.’