Over 50% of all radio listening is now digital - what would Fru say? 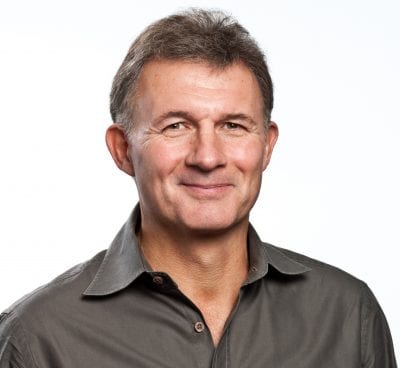 Digital radio is an overnight success that’s been 20 years in the making. It’s almost 20 year since the launch of the first national commercial DAB network in 1999 and a bit longer since the first BBC DAB test transmission. Going forward into the noughties, it was back in 2002 that the first affordable DAB radio was sold – the Pure Evoke.

Then, of course, in 2008, DAB came to a juddering halt when GCap Media, CEO, Fru Hazlitt declared that DAB was not economically viable, shut down GCap’s DAB stations, and sold their shares in Digital One to Arqiva.

So what’s changed that has made digital radio successful in the UK? I think the key reason for the transformation has been a passionate belief in radio’s digital future shown by Government and the broadcasters. A passion that has been followed through with investment and action.

Fru wasn’t all wrong when she said that DAB wasn’t economically viable. What was needed was proper scale - DAB radios in most homes and new cars, DAB coverage in line with FM, unique compelling digital content, and massive audiences. And in 2018, finally that’s exactly what we have.

The bonus, of course, has been the emergence and expansion of online listening which boosted by the growth of smart and voice speakers - Alexa anybody? - now accounts for 9.3% of all listening and will only increase.

So, if you talk to Bauer and Global with their ten and eight stations respectively on national DAB and ask whether it is economically viable - the likely answer will be, yes, and by the way, can we have some more national DAB capacity, please?

It is in the radio industry’s interest to continue and complete the digital transition as it helps boost levels of radio listening (digital listeners listen more than FM listeners) and helps future-proof the radio sector against digital competitors.

So we are at 50% with 50% still to go - what happens now? The next step is a likely DCMS review later this year which should help us identify how broadcasters can work with Government and the supply chain to sustain digital momentum. Will there be a future switchover? Well, probably, as ultimately it won’t make sense for broadcasters to sustain dual transmission on DAB and FM as well as IP when FM listening drops below a certain level. Personally, I think that’s going to happen and is a worthwhile eventual goal but we need to make more progress before the industry is ready to take that step.

Our thanks to all UK broadcasters, the device manufacturers, the retailers, the car manufacturers, as well as our friends at DCMS and Ofcom. Thanks to you for your vision and passion, and here’s to our shared digital future.