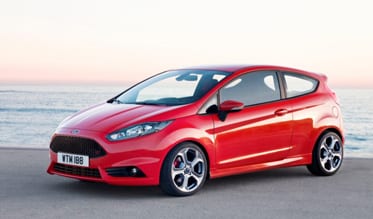 It was announced today by Digital Radio UK, at an international radio switchover conference in Norway, that there are now 5 million cars on the road in the UK that have digital radio and that the next generation of in car digital radio adaptors are about to be launched.

This follows the release of recent data from CAP/SMMT for May 2015 which shows that the UK new car market continues to grow (+5.7% ytd 2015) and that 2.5million cars have been sold in the last year with the majority (60%) having digital radio fitted as standard.

5 million cars represent 15.4% of the total estimated number of cars on the road (32.5 million). This matches with the radio listening data released for Q1 2015 by industry body RAJAR which estimates that the total digital listening in car is 16%.

10% of cars with digital radio are a result of converting existing analogue in car radio systems to receive digital radio. Drivers are using a range of solutions including fitting replacement digital radios and digital radio adaptors while some are accessing digital radio by integrating their smartphones for use in the car.

Car conversion has been limited to date by the relatively high price of in car adaptors available in car dealers and aftermarket retailers which have typically ranged from £150 – £350. Research conducted by the AA has indicated that drivers are resistant to paying over £100 to convert their cars to receive digital radio. Digital Radio UK announced the launch of the first of a new generation of affordable car adaptors – the AutoDAB Smart which would retail from £75. The AutoDAB Smart is made by Connects2 and connects to your smartphone to give you digital radio in your car. It enables you to listen to digital radio through your existing car speakers and is controlled via an AutoDAB Smart app on your mobile phone which shows station logos, song and artist information and saves favourites. It will be sold in Halfords and aftermarket retailers starting from July 2015.

The key factor behind the widespread adoption of digital radio as standard in new UK cars has been investment in building new digital radio transmitters to expand national BBC DAB coverage to 97% and local DAB coverage to 91% (comparable with commercial radio FM coverage). An additional factor for vehicle manufacturers has been the increase in digital listening to nearly 40% (39.6%) with the success of BBC and commercial digital-only stations and the announcement of the launch of 15 digital stations on the D2 National network in Q1 2016.

Norway has announced that it will have a radio switchover in 2017 which will happen in 6 stages over 12 months. Norway has the most advanced digital radio take up in Europe with 57% of radio listeners listening on a digital platform every day (reach). It is estimated that 20% of existing cars in Norway are converted to digital radio and they plan to convert the remaining 80% (2 million) in the next 18 months. New car adaptors such as the AutoDAB Smart and new products from Pure and Radioplayer are being launched in Norway to accelerate car conversion.

Ford Ennals, CEO of Digital Radio UK, says: “Drivers are getting digital radio in their cars so they can listen to their favourite digital only stations which they enjoy at home. As new cars move towards 100% with digital radio and the new generation of affordable adaptors become widely available we will see an acceleration in car conversion.“

Mike Hawes, CEO of the Society of Motor Manufacturers and Traders, says: “We are delighted to see the ongoing growth of new car registrations and the continuing drive to digital. The great progress being made by manufacturers in the line-fitment of digital radio – and the introduction of new products in the aftermarket – demonstrates the importance the automotive sector attaches to this technology.”

Helen Boaden, Director of Radio at the BBC, says: “We are delighted that now even more car drivers will be able to listen to our digital-only stations while they’re on the move.”

Dave Fereday, Managing Director, Connects2, says: “I am delighted at the response that we have received to the new AutoDAB Smart. Within a matter of minutes you can be enjoying Digital radio in your car and all for just £75. The Smart is a perfect introduction to free-to-air digital radio.”